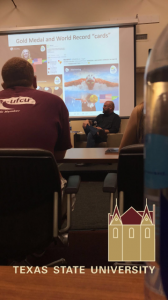 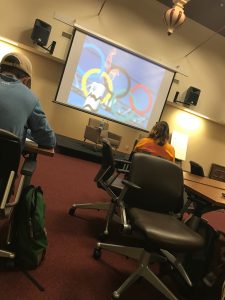 I attended the panel with Virginia Alves who worked he Twitter and social media with Rio 2016. She gave insight as to how she got into the role (a common theme throughout mass comm week seems to be connections, her father was a well known Brazilian reporter), strategies implemented by the social media team, what the goals were for members of the social media team, and some crisis management that they had to deal with. She also explained that when the whole Ryan Lochte issue came about they simply avoided it entirely (which I was sad to hear because I am writing a paper about the press coverage of Lochte during and post incident and was hoping for a media perspective.) Alas what I seem to picking up on here is how vital it is to network and hold onto those connections. Being involved with the Olympics (or really sport reporting and PR in general) sounds like a dream and is way more accessible than that I had previously imagined.

Second lesson learned, I should really work on coding!!!(YIKES)