Bennett is a scholar whose work I have engaged before and greatly admire. I had not yet read this week’s article authored by Bennett and Segerberg, but it was, for me, the most interesting of this week’s reads.

One thing that particularly struck me about the article was the parallels I could see in 2016’s politics and specifically the campaigns of Bernie Sanders and Donald Trump, the respective demagogues of their respective ends of the political spectrum. Each of these political candidates have generated what can be, at least loosely, described as movements. Each of them have a key trait in common: they have associated themselves with formal political establishments reluctantly and each flirted with running for the presidency as independent candidates 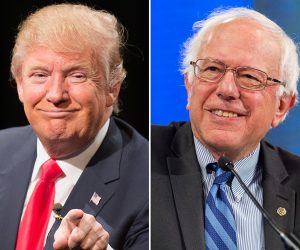 They can each be, in their own ways, be described figureheads of connective action because their followers have shunned the personal identification with established parties/organizations in favor of more personalized goals and priorities. For me, however, this observation points toward a thought that I am intrigued Bennett and Segerberg did not explore particularly deeply in their contrast of collective and connective action: disenchantment with formally organized groups.

The authors make the point that group identity and identification by way of group ideals has been declining for a long time. They don’t, however, touch on the politics of resentment that I think social networking capacities have given efficacy to.

People are catching onto the truth that power in large organizations often concentrates and corrupts. There is a resentment this breeds that yields a suspicion in regard to even the organizations that position themselves and solutions precisely because they are often large and vulnerable to these tendencies. Social networking and connective action have provided an alternative to these methods and I think this is an amazing instance of cultural temperature and technological innovation interacting.