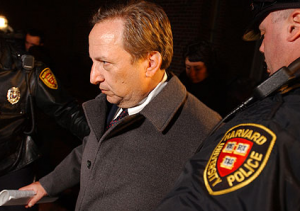 According to the 2005 Harvard University President, Lawrence Summers, we women are so very poor at science. President Summers believes that working long hours equates to excelling in science. If that is the winning formula, I should be the maven of my own fashion empire. He also goes on to say that women and men have different brains based on genetics. Well, in that remark President Summers is somewhat correct. Female brains fully develop at 21 years of age compared to male brains at 25 years of age. His daughter treating trucks like dolls is immaterial. I noticed he didn’t mention anything about his wife who was probably at home, you know, barefoot. As usual the explanation for his snarky comments was contributed to the over sensitive nature of some of the audience members. How someone like Lawrence Summers makes it all the way to the top with his antiquated views is beyond me. The good news is that he has been replaced. By a women.