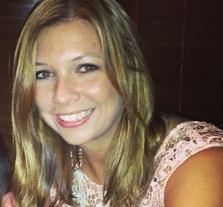 Shannan Bowen works as an editorial project strategist for McClatchy, a publishing company based out of California. She started her path in journalism (her passion) after graduating from the University of North Carolina (GO TARHEELS!) in 2006 and getting her Master’s from American University in 2014.

Bowen first worked for the Wilmington StarNews as a reporter covering a variety of subjects, such as tourism in the area and politics, as well as worked on planning community-engaging events and executing social media programs. She then moved on to work for The Hill, a political journalism newspaper, where she was in charge of audience engagement and her efforts led to a large increase in growth for The Hill. After, Shannan took a job with National Journal (division of Atlantic Media) where she was in charge of audience development and engagement once again, and she worked with the in-house digital consultancy called Atlantic Media Strategies.

Shannan loves innovation, media strategy and local news, and values assisting local and community news with opportunities for engagement as well as sustainable revenue models. Audience is clearly her journalistic focus and she has achieved this countless times.